An opioid is any psychoactive chemical that resembles morphine or other opiates in its pharmacological effects. Opioids work by binding to opioid receptors, which are found principally in the central and peripheral nervous system and the gastrointestinal tract. The receptors in these organ systems mediate both the beneficial effects and the side effects of opioids. WIKIPEDIA

The misuse and abuse of prescription painkillers was responsible for more than 475,000 emergency department visits in 2009, a number that nearly doubled in just five years.6

More than 12 million people reported using prescription painkillers non-medically in 2010, that is, using them without a prescription or for the feeling they cause. 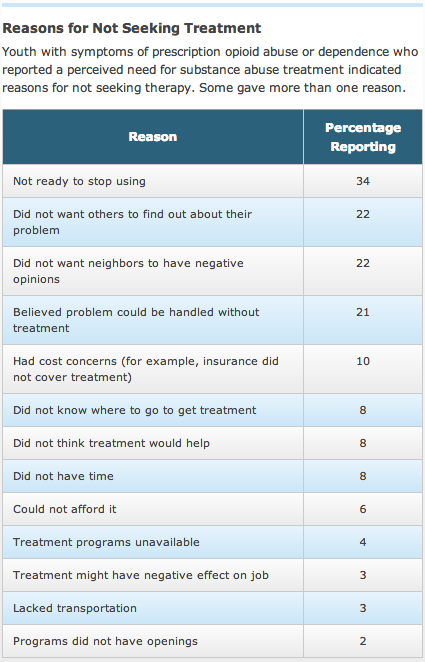 Illicit drug use in America has been increasing. In 2011, an estimated 22.5 million Americans aged 12 or older—or 8.7 percent of the population—had used an illicit drug or abused a psychotherapeutic medication (such as a pain reliever, stimulant, or tranquilizer) in the past month. This is up from 8.3 percent in 2002. The increase mostly reflects a recent rise in the use of marijuana, the most commonly used illicit drug. 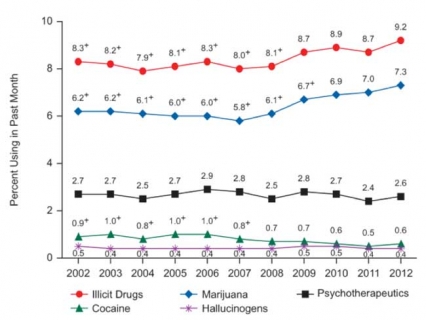 Use of most drugs other than marijuana has not changed appreciably over the past decade or has declined. In 2011, 6.1 million Americans aged 12 or older (or 2.4 percent) had used psychotherapeutic prescription drugs non medically (without a prescription or in a manner or for a purpose not prescribed) in the past month—a decrease from 2010. And 972,000 Americans (0.4 percent) had used hallucinogens (a category that includes Ecstasy and LSD) in the past month—a decline from 2010.

Most people use drugs for the first time when they are teenagers.There were just over 3.0 million new users (initiates) of illicit drugs in 2011, or about 8,400 new users per day. Half (51 percent) were under 18.

More than half of new illicit drug users begin with marijuana. Next most common are prescription pain relievers, followed by inhalants (which is most common among younger teens). 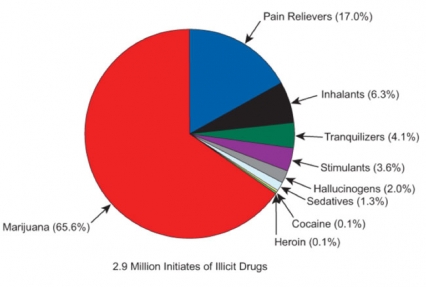 Drug use is highest among people in their late teens and twenties.In 2011, 23.8 percent of 18- to 20-year-olds reported using an illicit drug in the past month. 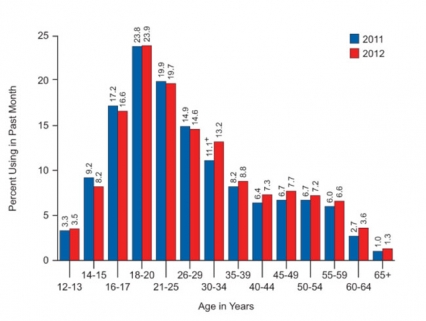 For more information on drug use among adolescents, see Drug Facts: High School and Youth Trends.

Drug use is increasing among people in their fifties. This is, at least in part, due to the aging of the baby boomers, whose rates of illicit drug use have historically been higher than those of previous cohorts. 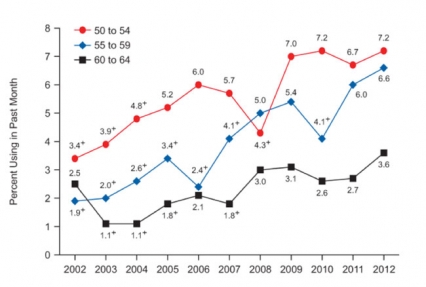 Fewer Americans are smoking. In 2011, an estimated 56.8 million Americans aged 12 or older, or 22 percent of the population, were current (past month) cigarette smokers. This reflects a continual but slow downward trend from 2002, when the rate was 26 percent. 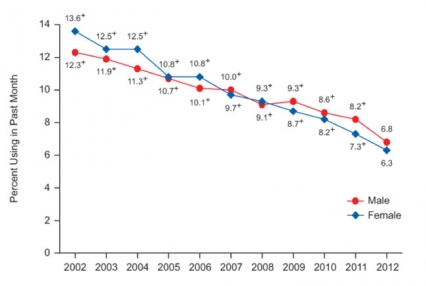 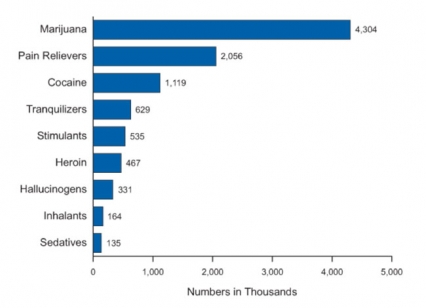 There continues to be a large “treatment gap” in this country. In 2011, an estimated 21.6 million Americans (8.4 percent) needed treatment for a problem related to drugs or alcohol, but only about 2.3 million people (less than 1 percent) received treatment at a specialty facility.