Alcohol is easily one of the oldest and most common recreational substances, dating back as far as 7000 BC — and historians surmise that alcoholism is likely to have gone back just as far. But what is it and what causes alcoholism? Those suffering from this affliction can be thankful that these questions are being asked — and more importantly, researched. For the great majority of the time alcohol has been available to humans, over-indulging was seen as a choice or — worse yet — a weakness of moral character. Thankfully, we now know beyond a shadow of a doubt that alcoholism (also known as Alcohol Use Disorder or AUD) is, in fact, a disease. Like any disease, there are often root causes, factors that increase the risk of acquiring it, and recognizable symptoms we can look out for. 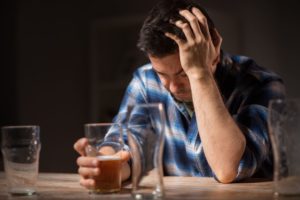 What Makes Alcoholism a Disease?

Early suggestions that alcoholism could be a disease were met with derision and even accusations of making excuses for alcoholics. While this is incredibly unfortunate and much continued suffering occurred as a result, it’s easy to see why the uninformed are often so quick to dismiss the idea. On the surface, it doesn’t seem like what the average layman would classify as a disease — and further, those suffering from it are the first to deny that anything is wrong. However, as research began, it quickly became clear that alcoholism showed blatantly disease-like traits, which led the American Medical Association (AMA) to recognize it as a primary disease in 1956. This was further cemented by a report released by non other that the U.S. Surgeon General in 2016.

Firstly, it was soon shown that there is a clear neurobiological component to alcoholism. Research uncovered the fact that this and other substance abuse disorders were driven by changes in the brain that occurred due to repeated use of alcohol or drugs. Unknown to the user, the brains pleasure centers are gradually becoming less sensitive to the rush of dopamine released with the consumption of alcohol. This means that more must be consumed to obtain the same pleasure. In short, what we know as ‘building up tolerance’ has a very real biological cause. (This also affects the user’s ability to experience pleasure from other activities.)

The question of “why can’t they just stop when it starts to get out of control?” was also answered by medical research. Nefariously, alcohol abuse also disrupts normal prefrontal cortex activity — the part of the brain that controls judgment and decision-making. These issues point to another decidedly disease-like characteristic — a progressive nature. Slowly but steadily, the disease progresses until, if left unchecked, it reaches a point where it is almost impossible to control and possibly becomes fatal.

Alcoholism also shares many traits with another class of diseases — obsessive/compulsive disorders. While certainly distinct from conditions such as obsessive-compulsive disorder (another disease that was not considered such for a long time), there is a clear component of obsession within alcoholism. The thought that the user musthave a drink is unrelenting — until, of course, the drink is taken.

What Are Alcoholism’s Causes and Risk Factors?

In another similarity with other diseases, the potential causes of alcoholism are numerous, sometimes difficult to prove unequivocally, and vary from person to person. A number of studies have suggested that there are hard and fast biological causes; one such study provided evidence that a failure to clear away a certain substance that inhibits signalling around neurons in the central amygdala could be to blame. Such studies are far from conclusive — however, there are a few things that are widely agreed to be the most common risk factors.

There are other risk factors as well, but one is more hotly debated and suspected by many of being the most important of all – we would not be surprised if it is the very one on the tip of your tongue as well. 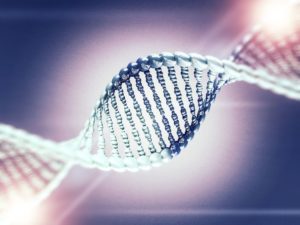 When the discussion about alcoholism being more complex than a choice made by individuals began, a major topic of debate was whether there was a hereditary component to the affliction. Those who believed it was a disease argued that, like many diseases, it most certainly was hereditary, while opponents of the theory argued that, if there was any correlation between family members, it was simply due to children copying their elder relatives. Through decades of studies, we now know that both of these things are true. Certainly, being in an environment where immediate or non-immediate family members visibly suffer from alcoholism is a risk factor for young people — one that increases exponentially when other factors are present. However, science has shown strong evidence that there is a genetic component to the disease as well.

After many years of work, medical researchers published a paper in 2012 reporting that they had found as many as 11 pairs of genes that could be associated with developing behaviors we would generally recognize as alcoholism. These include a gene mutation that causes the aforementioned discrepancy in the levels of a certain inhibitor (gamma-aminobutyric acid, also known as GABA) that works with neurons in the amygdala. In affected individuals, the intake of alcohol does not reduce the amount of GABA in the same amounts as in unaffected individuals. As a result, drinkers will feel the effects of alcohol less, and as they generally feel less impaired, have the potential to drink more — and more often. As a genetic mutation, this will be passed down through generations.

On the other had, there are also genes that may predispose a person to drink lessand therefore be at a lower risk of alcoholism. These include a gene variant most commonly found in East Asians that causes flushing, nausea and heart racing when alcohol is ingested. Due to the unpleasant sensation, affected persons are far less likely to drink, much less drink in excess. In yet another case of connectivity, any of the 11 genes found were associated with other neuropsychiatric disorders including bipolar disorder and anxiety.

How Do I Know If I Am an Alcoholic? 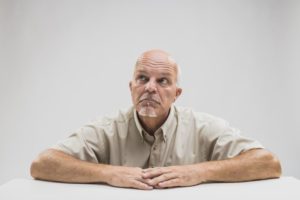 Like any person suffering from a disease, alcoholics display symptoms. As alcoholism has both mental and physiological components, so to do the symptoms present as both behaviors and physical reactions. Some of the former include:

As the disease progresses, physiological symptoms may also present, including:

Where Can I Get Help?

First, it is important to note that there is no simple ‘cure’ for alcoholism. It is an infamously complex disease, with — as we’ve seen — numerous risk factors, causes and symptoms. The key to continuous recovery — and it is indeed a continuous process — is treatment by knowledgeable, experienced, caring and compassionate professionals who are able to help you identify the many likely root causes of your addiction and have the expertise to best treat all aspects of the disease.

At Riverside Recovery Center in Spokane, Washington, our mission is to do just that. We provide a host of specialized programs to help each individual discover how to change their life for the better. To further increase the chances of continued recovery, we offer family programs as well. We even provide resources for employers to be better prepared to assist in recovery, and legal support services to reduce the stress from legal issues that may have arisen due to addiction. If you or someone you know is suffering from alcoholism and/or other addictions, we urge you to contact Riverside Recovery Center today. Beginning with a complimentary consultation, we can get you or your loved one on the road to a better life.