Addiction recovery always begins with detox, and withdrawal symptoms are almost always a part of the detox process. Withdrawal occurs as the addictive substance is removed from your body. These symptoms are unpleasant and sometimes quite dangerous. The inevitability of withdrawal sometimes prevents people from getting treatment. People who are trying to stop using drugs or alcohol should always have medical supervision during this stage of recovery. To get a clear idea of the intensity of withdrawal symptoms, you must first understand how addiction takes place. 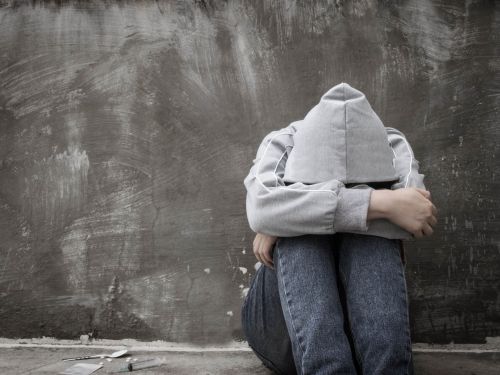 The Process of Addiction

People on the outside looking in often think addiction is a sign of weakness. The see the person as needing a crutch to get through life. There is such a thing as mental addiction where people continue using a substance because they like its effects. But the cause of physical addiction is different. Drugs that are highly addictive affect your brain chemistry.

Highly addictive drugs like heroin, methamphetamines, cocaine, and alcohol all act differently. The one thing they have in common is the way they use the brain’s natural reward system.

The brain is made up of billions of cells, called neurons. These neurons form a variety of circuits and networks, including the reward system. Whenever you do something pleasurable, such as eating, socializing, or listening to music, it stimulates the reward circuit and releases neurotransmitters (primarily dopamine) that cause feelings of pleasure. The reward circuit helps us remember positive experiences and makes us want to repeat them.

When you take certain drugs, it causes a surge of these neurotransmitters to be released, leading to a feeling of euphoria. This leads to an even greater reinforcement of the drug than with natural experiences. The pleasure triggered by natural experiences is no longer enough. Often, people build a tolerance to the drug. They need more to achieve the same euphoric feelings. Cravings for the drug grow in intensity and frequency. Using the drug becomes more important than anything or anyone else in their life.

When you go into a rehab center for treatment, the first step of the process is detox. Your symptoms of withdrawal will depend on the addictive substance. Basically, if you are addicted to a depressant drug like alcohol or opiates, you will experience exaggerated symptoms of over-stimulation. If your addictive substance is a stimulant, your symptoms will include a depression of psychologic function. Whatever function of the brain the drug has been suppressing will be released as the drug leaves your body.

Withdrawal symptoms can be mental, emotional, and physical. The connection between specific drugs and symptoms are well-known. Generally, the various symptoms you might experience include:

When Withdrawal Is the Most Dangerous

Alcohol and tranquilizers like benzodiazepines are the most dangerous substances to stop taking. Suddenly stopping either can lead to strokes, seizures, heart attacks, or profound delirium in some people. A trained medical staff is familiar with these symptoms and can administer medications that help control some of the more dangerous responses.

Other types of medication can also be administered, which have a long-term impact on the recovery. The use of medication-assisted treatment, or MAT, helps treat substance abuse disorders. Most often, they are used to treat opioid addictions. Using drugs like methadone, naltrexone, buprenorphine, or suboxone reduces drug cravings, thereby making it less likely you will relapse. 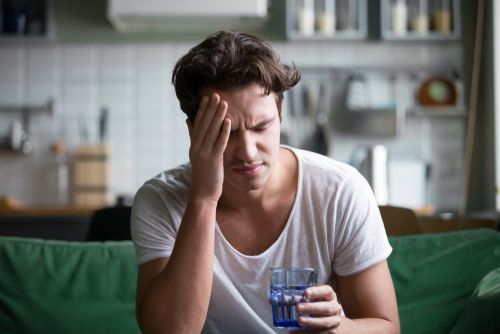 What to Expect: Stages of Withdrawal

Going through detox and withdrawal isn’t a fast process. It happens in stages of varying lengths, depending on the substance and whether there are co-occurring substance abuse and/or mental disorders. Anyone going through rehab needs to have realistic expectations.

You probably won’t feel better immediately after stopping substance use. Most people continue to have symptoms for weeks, months, or even years. Cravings and continued symptoms of withdrawal often lead to relapse. A recovery center that takes a comprehensive approach to recovery can provide the resources you need to have a successful and long-lasting recovery.

Acute Withdrawal – This stage is most often referred to simply as withdrawal. The symptoms occur hours or days after the last use of the substance, gradually resolving over a period of time. The acute phase has different timeframes for a variety of substances including:

During PAWS, your brain chemistry is trying to get back to its pre-addiction state. The chemical levels fluctuation, producing a variety of symptoms. Everyone is different, but most people who do experience symptoms during this stage have one or more of the following:

During PAWS, symptoms often fluctuate from positive to negative. Over time, you can expect to have longer periods where you feel good. That doesn’t mean the negative periods won’t be as intense and long-lasting as before. The best approach to help you get through this phase is to remember that it isn’t going to last forever. It does usually last for about two years, during which you are the greatest risk of relapse.

Being prepared will make it easier to get through the second stage of withdrawal. Group counseling and family counseling programs will help you deal with stress and give those you rely on for support the tools they need to help you. Relapse prevention will help you address the ongoing challenges that often prevent a successful recovery.

Going through withdrawal is like being on a roller coaster. The more support and resources you have, the more likely you are to deal with the symptoms as they come your way.

There are many addictive drugs out there today, both illicit and prescription. Sometimes addiction occurs when a person takes a prescription for too long or incorrectly. Other times, they try the drug for recreational use. They may use it occasionally in the beginning, increasing the use until they become addicted.

It seems like there is always some new drug that is more dangerous than the one before. They seem to come from nowhere, popping up with overdoses and deaths in random spots. While new drugs are always a concern, no other drug class has gotten the spotlight more than the growing opioid addiction in this country. This class of drugs, which includes effective prescription painkillers, has grown to include dangerous synthetic versions that have taken a number of lives already.

Opioids are derived from opium, which is obtained from the poppy plant. Opiates are synthetic versions that are slightly modified from the original drugs. All opioids are narcotics, a class of mind-altering drugs with sleep-inducing properties. Most people lump all of these drugs together under the label of opioids today.

Like most mind-altering drugs, opioids lead to addiction by creating a sense of euphoria. People build a tolerance to them over time, requiring an increasingly higher dosage to obtain the same effects. This puts users at a higher risk of overdose. The drug naltrexone can effectively reverse an overdose.

Opioid withdrawal isn’t as dangerous as that of alcohol and benzodiazepines, but it has the potential to be extremely uncomfortable. If you have a co-addiction along with opioid addiction, you will experience withdrawal symptoms related to each substance.

Common symptoms of opioid withdrawal include:

Acute opioid withdrawal symptoms begin about twelve hours after your last use. They usually peak between three and five days later and last anywhere from one week to one month. As discussed earlier, post-acute symptoms can last as long as two years.

The thing to remember is that opioid withdrawal symptoms aren’t life threatening. It takes time for your brain to get back to normal. You can expect bad periods when your symptoms are at their worst. There are also good periods that continue to grow longer over time. 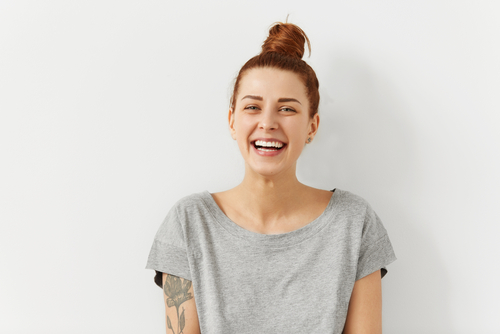 Recovering from addiction is an overwhelming process. It’s one that most people can’t do alone. Even if you think you have your substance abuse problem under control, it’s more likely that drug use is controlling you. Recovering isn’t easy and there’s no fast solution.

Fear of withdrawal symptoms is one of the main reasons people who need help don’t get it. But modern treatments and trained medical oversight help to alleviate the discomfort and make the process safer.

Other reasons include thinking they can do it on their own. Even though people have failed before, they still believe they have the ability to get it right the next time. Depending on the addictive substance, failing to have medical care during the detox process can be deadly.

Do you think of going to rehab as a lesser priority than the other responsibilities in your life? Addiction is an illness that needs treatment. Without it, you can’t be 100% at anything else you do. If you want to be there for your kids or other loved ones, start by getting the treatment you need. The best way to make your friends and family a priority is by facing your addiction head-on.

Another common reason for putting off rehab is a lack of finances. Addiction treatment isn’t a luxury; it’s a medical necessity. Start by checking with your health insurance company. Since the Affordable Care Act was enacted in 2010, millions of people have health coverage they didn’t have before. The reform also includes the provision for treating people with addiction and mental health disorders.

If you don’t have health insurance, check to see if you qualify for medical assistance or state insurance. There may also be programs offered in your area to help finance your treatment. If none of these sources pan out, consider reaching out to a friend or relative. Finally, reach out to the local rehab center of your choice and ask about payment options. You need to make recovery your top financial priority.

Sometimes the biggest deterrent to treatment is having gone through the process before. If you have been to rehab and relapsed, you probably think it won’t work this time either. The fact is that some people make several attempts before overcoming addiction. This is especially true for complex cases that involve multiple addictions and mental disorders. That doesn’t mean that you can’t recover.

New drugs and techniques are available today that you might not have had access to before. For example, medication assisted treatment helps reduce cravings and reduces the potential for relapse. Rehab centers that offer a variety of treatment options often produce better results. Remember that everyone’s story about their path to addiction is different. No single approach to treatment works for everyone.

Once you make the decision to get addiction treatment, the next decision is where to go. If you haven’t looked for resources in your area before, you might not know what’s available to you. The right recovery center has everything you need for a safe and successful withdrawal and a lasting recovery.

Don’t let addiction control your life. Contact Riverside Recovery Center for a complimentary consultation. Your addiction isn’t going to go away on its own. A variety of professional services and versatile payment options make us your best choice for recovery in Spokane.