In the past, experts labeled addictions as being either physical or psychological. Today, they recognize several types of addiction. Although different people may share factors that make them vulnerable to addiction, no personality type is immune. 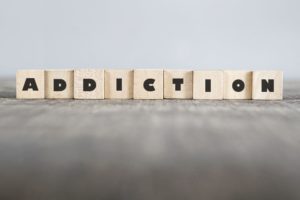 Addiction is the use of a substance or a behavior which provides a reward. It is so compelling that the potential negative consequences aren’t enough to prevent the person from pursuing the reward repeatedly. The average person thinks of addiction as the need for substances like illicit drugs or alcohol but people can become addicted to other things.

The truth is, addiction can happen to almost anyone. Addictive substances are not limited to those which are illegal. Think about the last time you skipped your morning cup of coffee. The headache you got a few hours later was because of your addiction to caffeine. Caffeine is classified as a psychoactive drug and it is well-known as a stimulant. Most people consume some amount of it every day without ever realizing they are addicted.

Although there is a distinct difference between psychological and physical addiction, often addictions overlap, manifesting as both physical and psychological. For example, caffeine alters your brain’s chemical makeup. You become used to having it, forming a physical addiction. If you stop drinking it, you will have symptoms like headaches, nausea, and fatigue.

Drinking coffee is also something people do out of habit. They might have a cup with their significant other at the breakfast table each morning. Or, talking over coffee might be a normal socializing practice at work. Having a cup of coffee in your hand in these familiar settings is a psychological addiction.

Smoking cigarettes is similar. People have a lot of difficulty quitting because they are physically addicted to the nicotine in the tobacco. At the same time, many say they miss the act of holding the cigarette in their hand.

Although these types of addiction aren’t as destructive as addictions to alcohol and drugs like opioids or narcotics, they work in the same way. Caffeine and cigarettes can cause health problems. It is easy to fall into the habit of consuming them daily.

Unlike alcohol and drugs, however, they don’t usually interfere with the person’s ability to work and socialize. Still, reflecting on these less dangerous addictions makes it easier to see why addiction has such a strong hold over many people’s lives. Many coffee drinkers would cringe at the prospect of skipping coffee for a day or two, let alone giving it up. Imagine an addiction ten, twenty, or a hundred times stronger than your coffee drinking habit. Once you are hooked, letting go is something that does take a lot of conscious effort and dedication.

Alcohol addiction is nothing new. Its addictive powers have been around since the first grape was turned into wine! Although alcohol is common in all types of social settings, it is also one of the most addictive substances around. Like cigarettes and caffeine, alcohol is legal for adults to purchase. It is readily available and socially acceptable in most areas.

There are a number of myths about alcohol addiction. Many people assume it affects others in the same way it affects them. The truth is, it affects people differently. Also, people believe alcohol addiction results from out-of-control drinking and that if they never binge drink, they aren’t an alcoholic. The fact is that many alcoholics begin as social drinkers. It’s also important to understand that people are predisposed to alcoholism. Their bodies are unable to process alcohol normally.

Some types of addictive drugs have been around for a long time. There’s also always something new that comes along to make it more challenging to prevent and treat addiction. Most of us are aware of the opioid epidemic going on in the country today. Opioids are painkillers such as heroin, hydrocodone, methadone, and oxycodone. Some, like heroin, are illegal for everyone. Others, including Percocet and Vicodin, are sold as prescriptions. There are also synthetic opioid drugs, such as fentanyl, that are made and sold illegally on the street. These drugs present an even greater risk because of the lack of control over the how they are made. Deaths from fentanyl have surpassed those caused by prescription opioids since 2016.

While opioid addiction is one of the most known-about addictions today, there are many other types of addictive drugs used frequently, too. Some include: 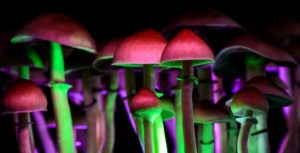 Some people engage in recreational drug use on occasion without ever developing an addiction. In others, the effects of the drug lead to addiction right away or over time. The person can’t resist the obsession they have with the drug’s effects. It becomes their top priority, over their relationships, their job, and even the loss of their home. Their need for the drug becomes the only thing that matters. Many are willing to steal or commit other crimes to get more of their addictive substance.

All types of addiction aren’t related to substances that enter the body. A behavioral addiction is one in which the person doesn’t have a physical need for the sensation, but rather, a mental desire. Many characteristics of these addictions resemble those of substance addiction. The most significant difference is that behavioral addictions don’t have the same risk to a person’s health and physical well-being.

Of those types of addictions listed below, only gambling is listed in the Diagnostic and Statistical Manual of Mental Disorders (DSM-IV.) But just as the ideas of alcoholism have changed over time, these and others are likely to gain recognition as real addictions. Some of the most common types of behavioral addictions include:

Gambling is one of the oldest forms of addiction and, in many ways, a surprise to many who suffer from it. Some adults live for many years without ever thinking about gambling. It isn’t until they are in a situation where they get to experience the “high” of risking their money on a certain outcome that they get hooked. 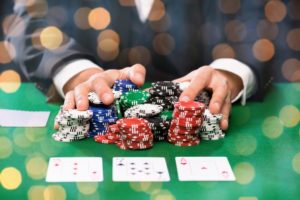 Experts haven’t always considered gambling an addiction. Bad behaviors used to be bad behaviors; period. Now we know that, like drug or alcohol addiction, the need to gamble occurs as a means to feel a rush; the sense of euphoria people get from taking a risk.

For anyone not addicted to their cell phone, it might seem that texting has become the latest form of behavioral addiction. People can’t seem to put their cell phones down! Gaming, internet use, and even watching television might be included. The fact is that the newness of these practices means that there is no evidence to prove they are addictive. Still, parents of teens with video game systems might disagree. Looking back to the definition of addiction listed earlier, it makes it difficult not to put these activities into the category of addictive behaviors.

How Addiction Is Treated

Treating addiction isn’t black and white. Some people have more than one addictive behavior. They may also have mental disorders. They may be experiencing depression, post-traumatic stress disorder, or are trying to cope with other challenges. It’s important for the recovery center to perform an analysis of the person’s situation and their history. Learning which came first, the addiction or the trigger, will help them provide a treatment plan that is right for each individual’s specific needs.

Education is an important part of an effective recovery process. 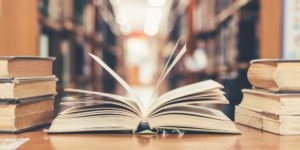 Before the person can accept their addiction, they need to understand the concept behind it. Treatment includes therapy in which the person talks with a therapist one-on-one and/or in a group. The best programs incorporate the family members into the process to help them deal with their loved one’s addiction.

Some medications are useful in helping to alleviate the symptoms of withdrawal. A monitored prescription plan allows the person to transition to life without the addictive substance more smoothly. At the same time, some of the medications the person is taking may be problematic. They might need to discontinue some drugs in order to help the brain reset itself. Stopping some prescriptions also reduces the potential for relapse.

One thing that all types of addiction have in common is that they don’t go away on their own. Once the human body is accustomed to any addictive substance, the person requires professional intervention to free them from chemical dependency. A recovery center can provide the necessary care to ensure the process is performed safely and effectively.

The issue of relapse is also an important one. Even after completing a recovery program, many people go back to using the same substance as before. In some cases, they may transfer their addictive behavior to one of the other types of addiction. One of the reasons relapse is a problem is that people often return to their previous lifestyles. They put themselves into situations where their cravings and temptations return.

Everyone who uses drugs and alcohol won’t become addicted. Those who do become addicted need help to get free of their addiction. The process to go from addiction to addiction-free requires learning the coping skills needed to deal with cravings. It also means knowing how to deal with a variety of emotions that treatment often triggers.